We did part of the Nakasendo Trail today (8km of it). The Nakasendo way was one of the two main routes between Kyoto and Edo (Tokyo) during the Edo period. Nagasendo translates literally as “Central Mountain Route”.

The other route went along the coast and was called the Tokaido route. The Shinkansen line that runs through this part of Japan is the Takaido Shinkansen between Osaka and Tokyo.

Originally we were going to go to Himeji castle however I’ve done that before and we also did Odawara Castle the other day and thought we would do something really different instead and chose this walk.

The start of this section is just over 2 hours out of Kyoto and a good way back towards Tokyo (the first leg of this journey is to Nagoya – 140km). The JR pass and the high speed Shinkansen make doing insane things like this actually possible. The trip to Nagoya takes less than 50 minutes. From Nagoya it’s a express service to Nakatsugawa. Whilst not a Shinkansen it still picks up a decent pace. Would leave any train in Australia in its wake.

Once we arrived in Nakatsugawa after getting the Shinano express from Nagoya, we just missed the bus to Magome and had to wait 40 minutes for the next one. The bus timetable had changed since the guide we were following was written and instead of 15 minutes change over it was less than 5. We were not the only people to miss it.

The walk starts here (technically it starts in Kyoto, but we started it here)

At Magome we stocked up on sandwiches and snacks and just after that I discovered a real coffee place making coffees on par with what I would get back home in Sydney. They even had flat white on the menu. The coffee gods smiled in my general direction today. ¥600 for a coffee is the most expensive coffee I’ve had since my trip to Copenhagen last year although it was worth every yen after the crap I’ve been drinking for the last few days.

Hillbilly Coffee : worth the stop

This guy knows how to make coffee.

The first section of the the walk (2.2km) was all uphill, initially through the village then farmland, bamboo forest, rain forest and pine forest. The scenery alternates between those 4 things the entire walk. It’s well marked and follows / crosses the road at many points so it would be near impossible to get lost. Phone and internet reception works along the entire 8km and there are rest stops and toilets dotted along the way. Take water though as no guarantee the shops along the track are open. I took 1.5 litres and used it all.

There are bear bells along the way. Not sure if this scares bears away or just indicates to them an hors d’oeuvre is approaching. As they say, you don’t need to be able to outrun a bear, just be able to outrun the person you are with. So if we encountered a bear I was it’s lunch…… 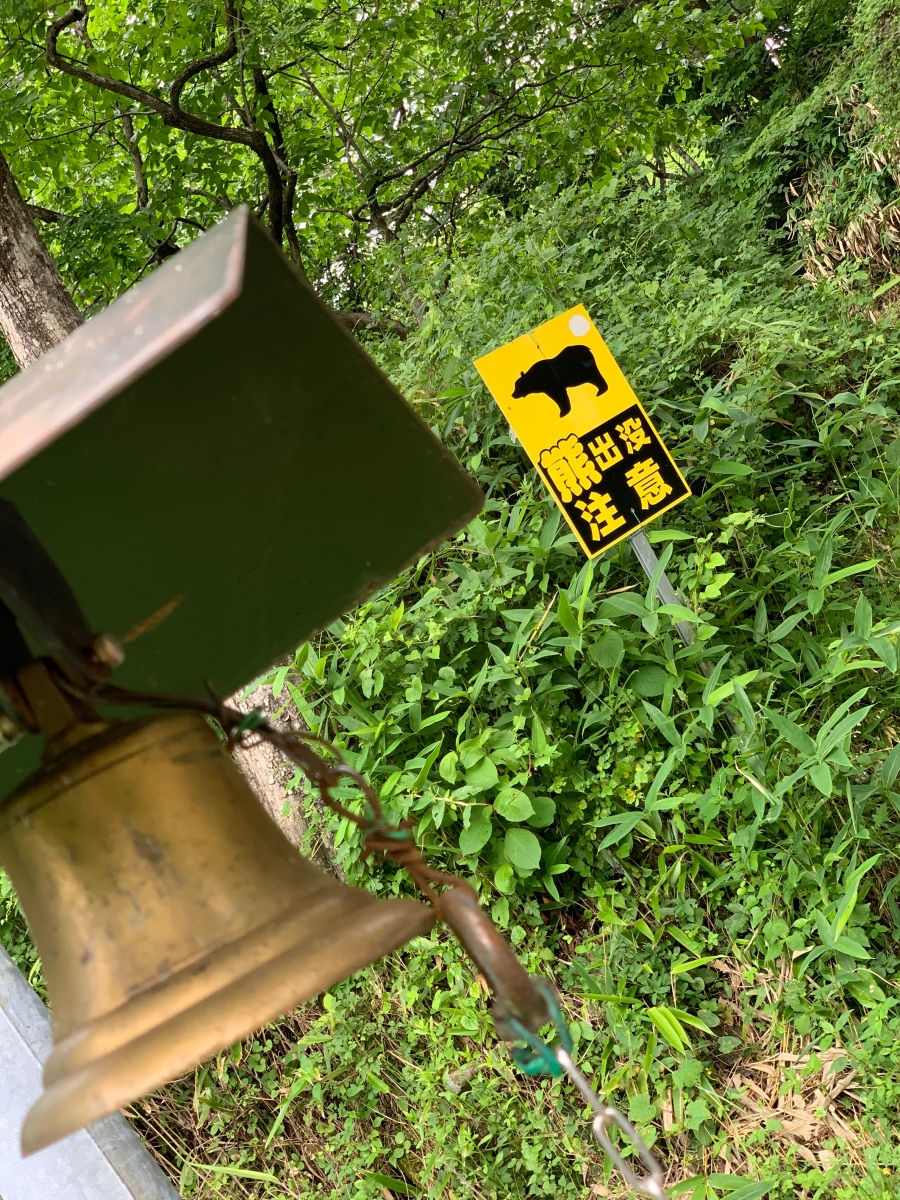 There is a little bamboo forest along the way 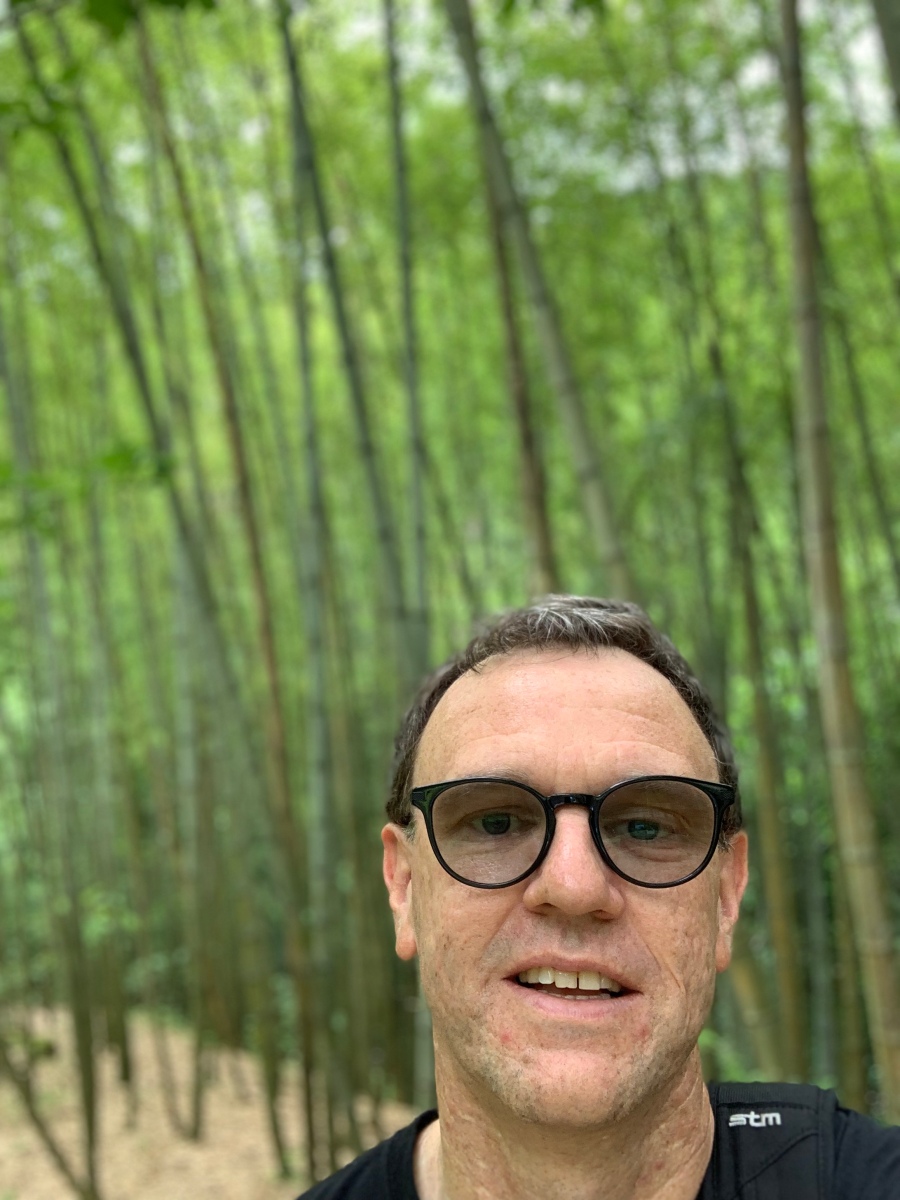 The 2.2 km mark is magical as it’s the highest point and from there it’s almost an entire downhill walk. I bought a snow cone at the shop here which was delicious after walking 2.2km uphill in the heat. 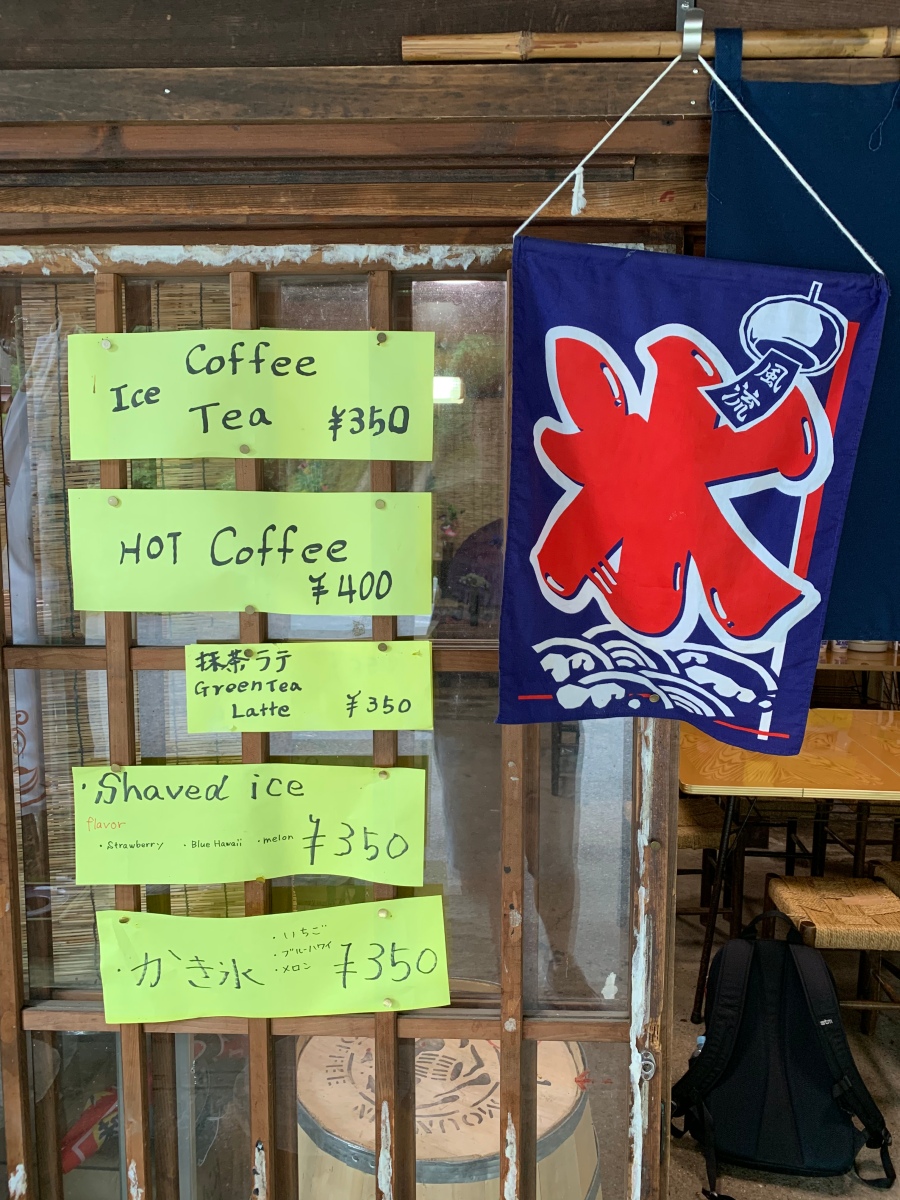 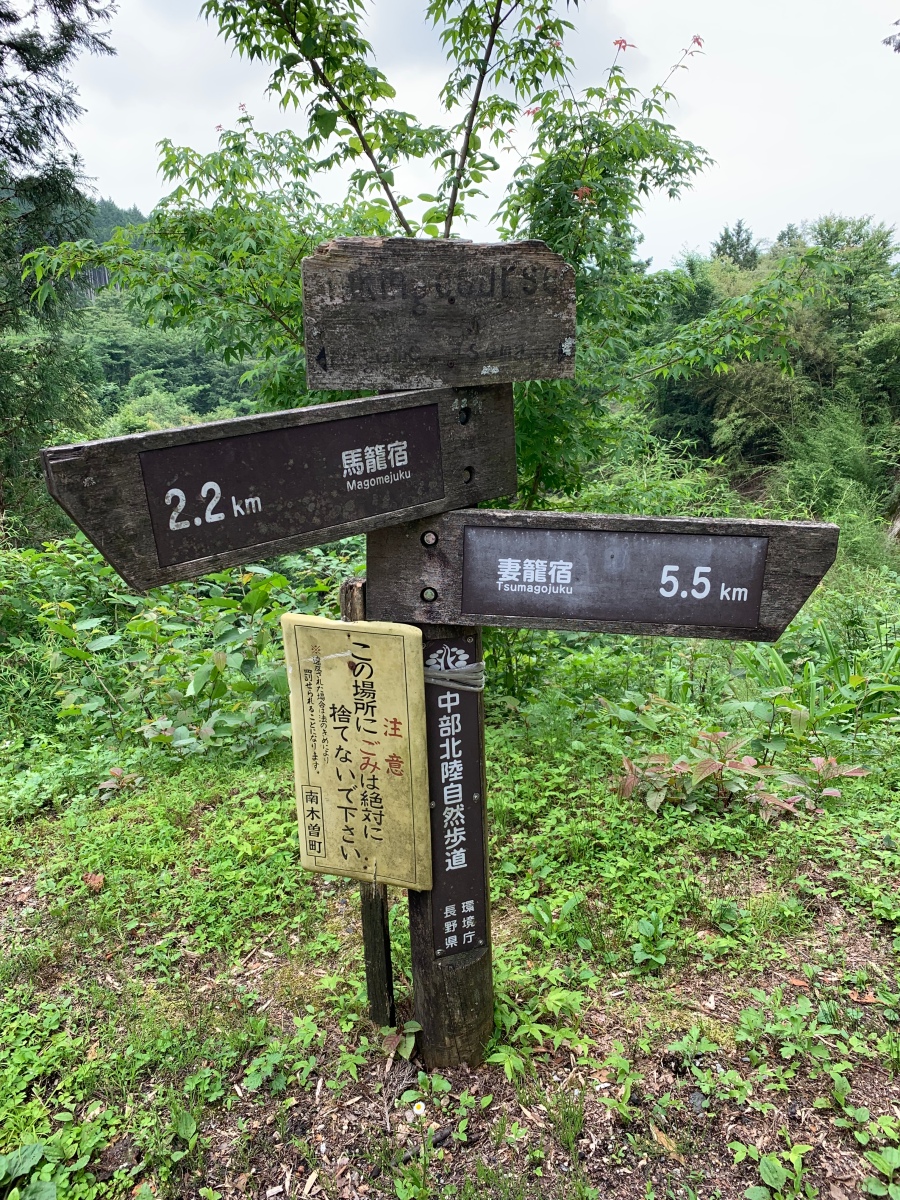 Pass through some small little villages 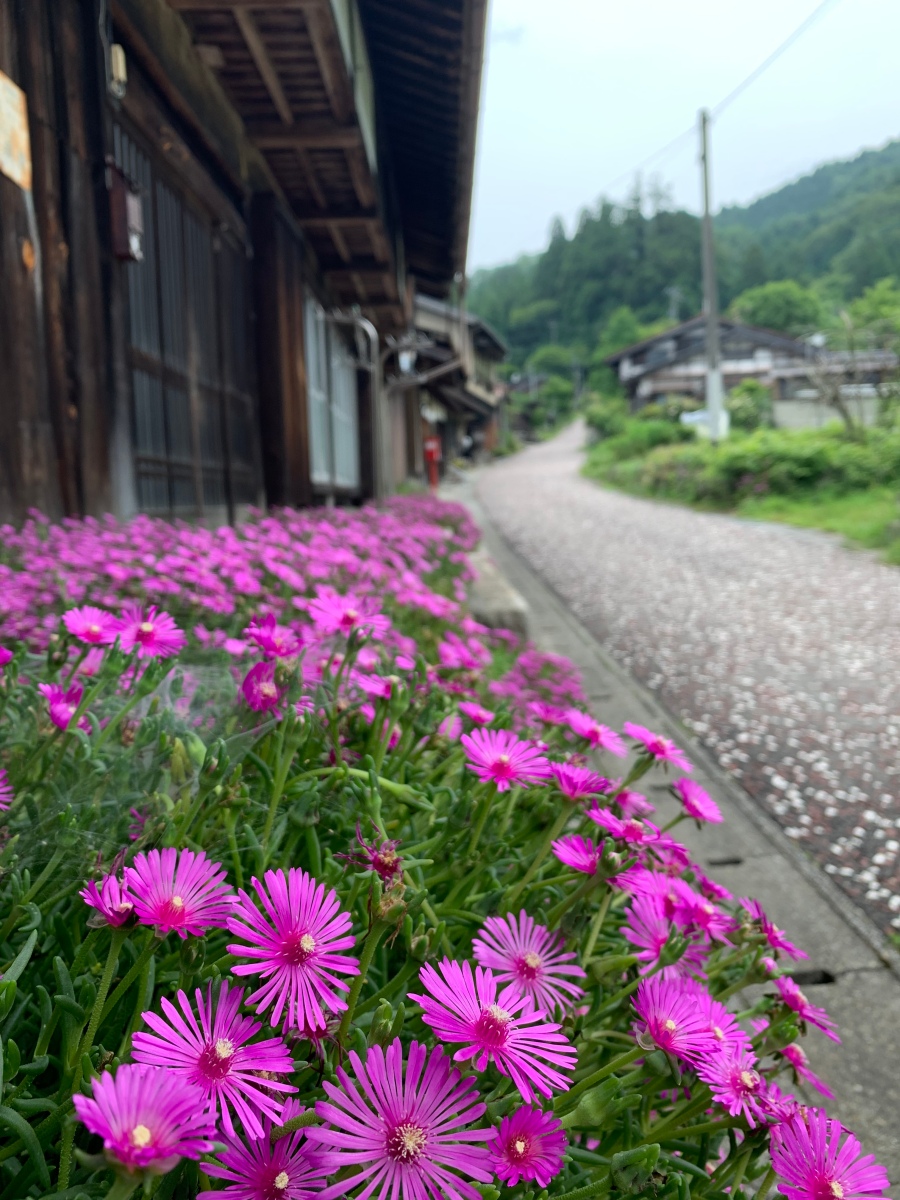 though some pine forest

Through some rain forest 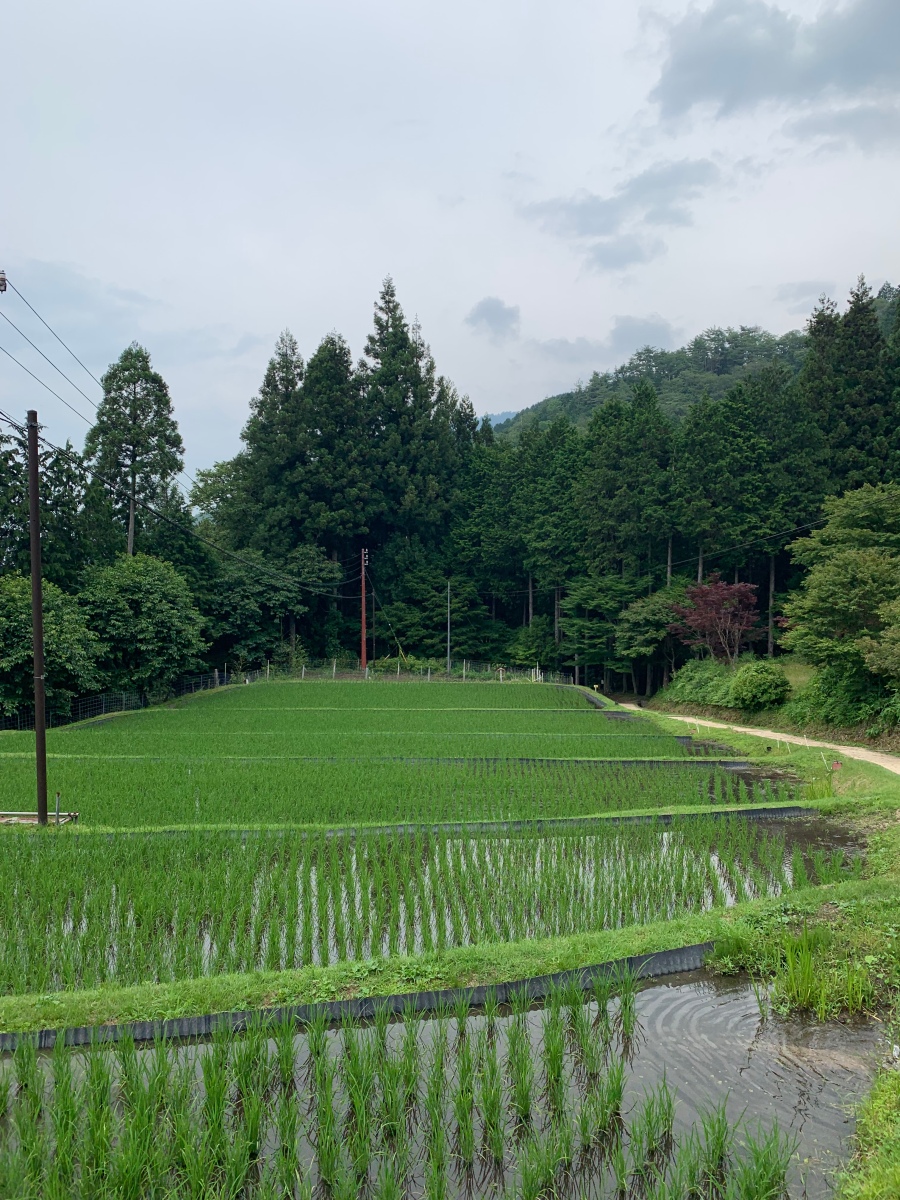 On some stunning stone paths

A rest stop along the way

We got to Tsumago and just missed the bus to the next train station (bit of a theme with buses today). It was over an hour to wait for the next bus or less than 50 minutes to walk the 4.5km to the station, so we chose to walk. Some great scenery along that part of the journey too and not too much uphill.

If you are prone to getting insect bites, take some repellant as I did see a few mozzies in the wetter sections of the walk.

Could you do this walk with small children ? Yes. We met a family of 5 on the bus to Magome and saw them again at the end of the walk. They carried their 2 year old part of the way, but they managed the walk.

Could you do it in reverse? Yes. We passed people going the other way, although I think you would want to be insane. In reverse it’s a 5.5km hike uphill.

Instructions to get to this walks and back to Kyoto :

I was surprised at how nice the train to Nakatsugawa was. Here I am expecting a standard local metro type train and it’s a beautiful long distance fast train with reclining seats just like the Shinkansen. Don’t let the thought of 2 hours travel put you off from doing this trip.

Some pics of the walk from Tsumago to Nagiso 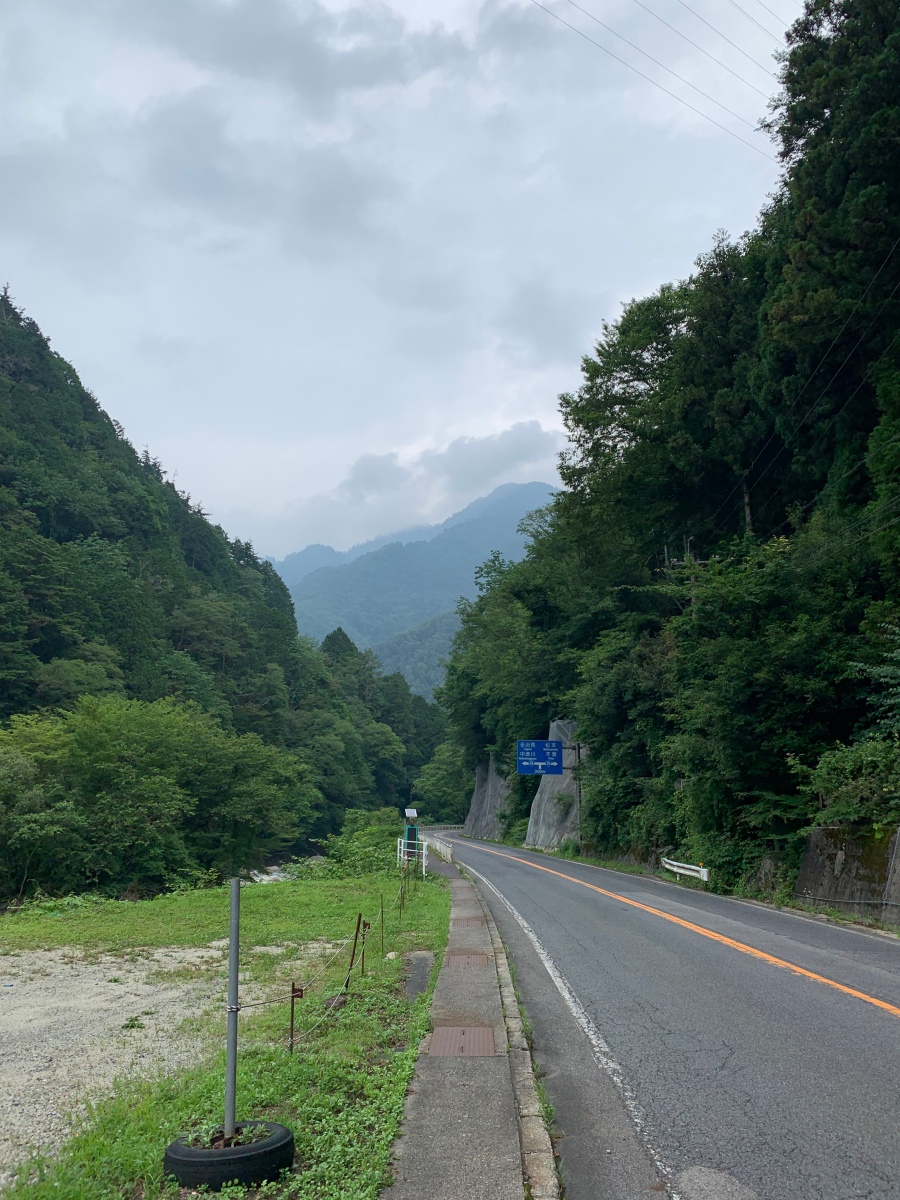 There were roadworks a long one section. One of the workers guided us through to ensure we didn’t hurt ourselves ! 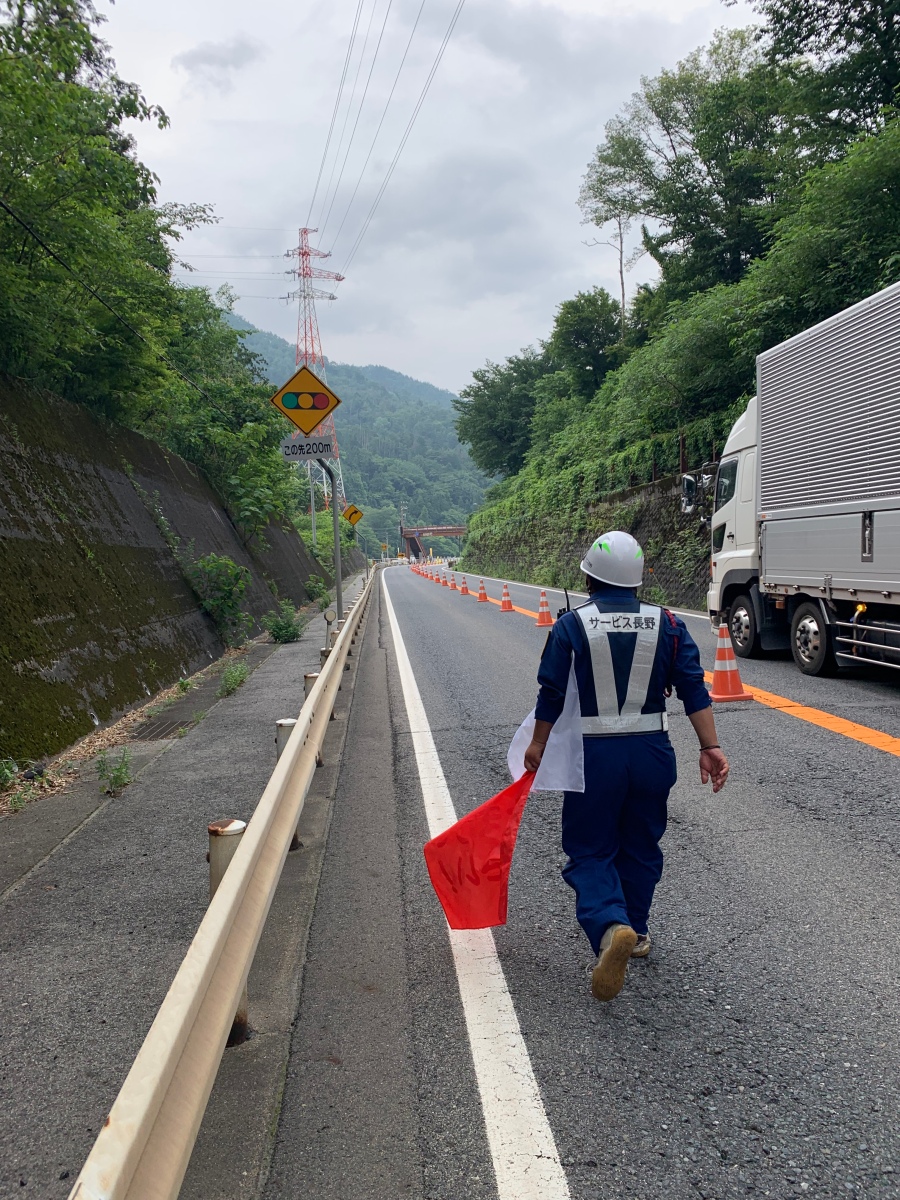 Map of the actual walk (I forgot to hit record in Strava for the first few hundred metres. I was distracted by the beauty of it all)

Well deserved bottle of wine at the end of the day 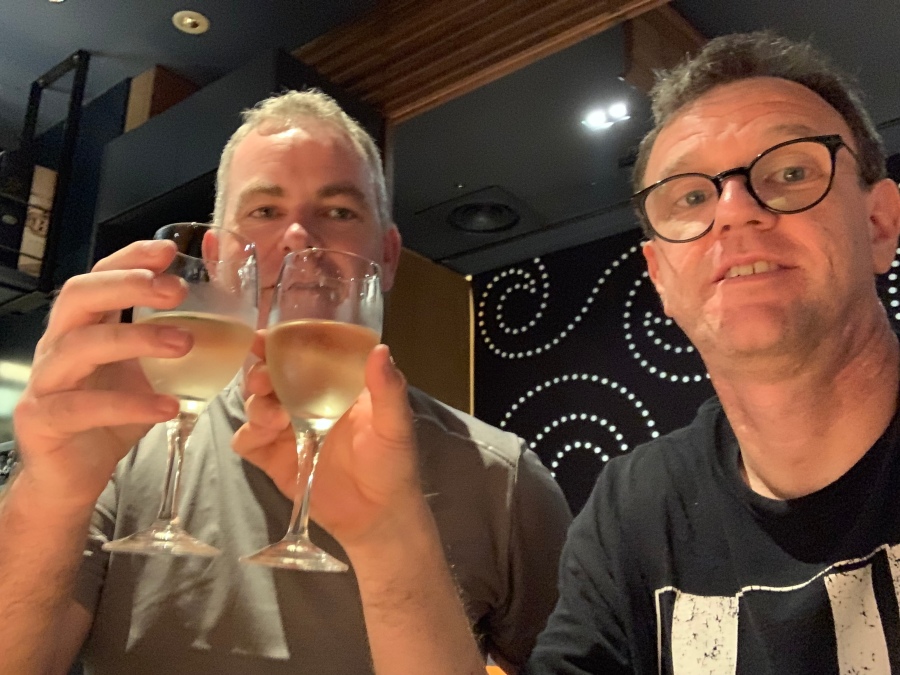 This is the train from Kyoto

This is the train from Nagoya

The train is quite nice and fast 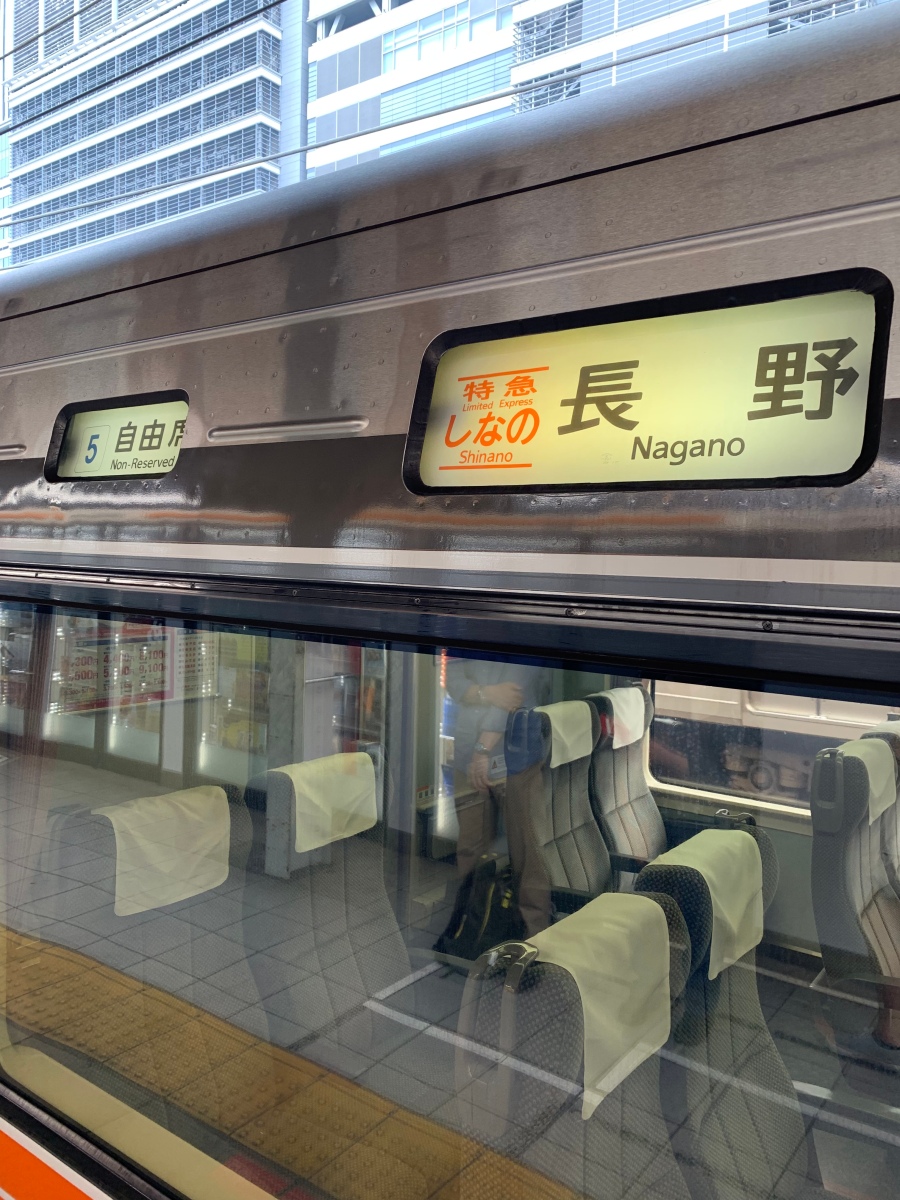 The bus timetable to Magome. Note it goes from bus stop 3. 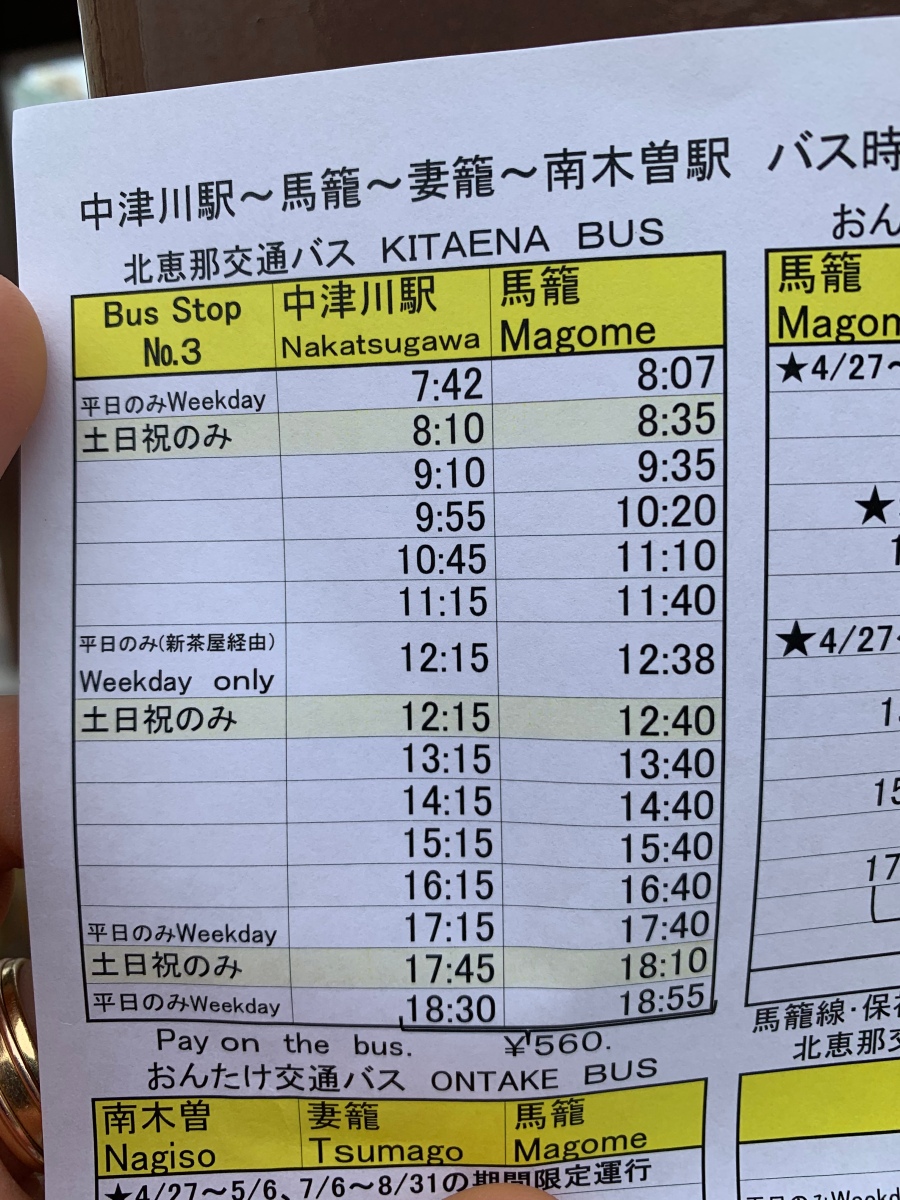 The bus timetable from Tsumago to Nagiso. 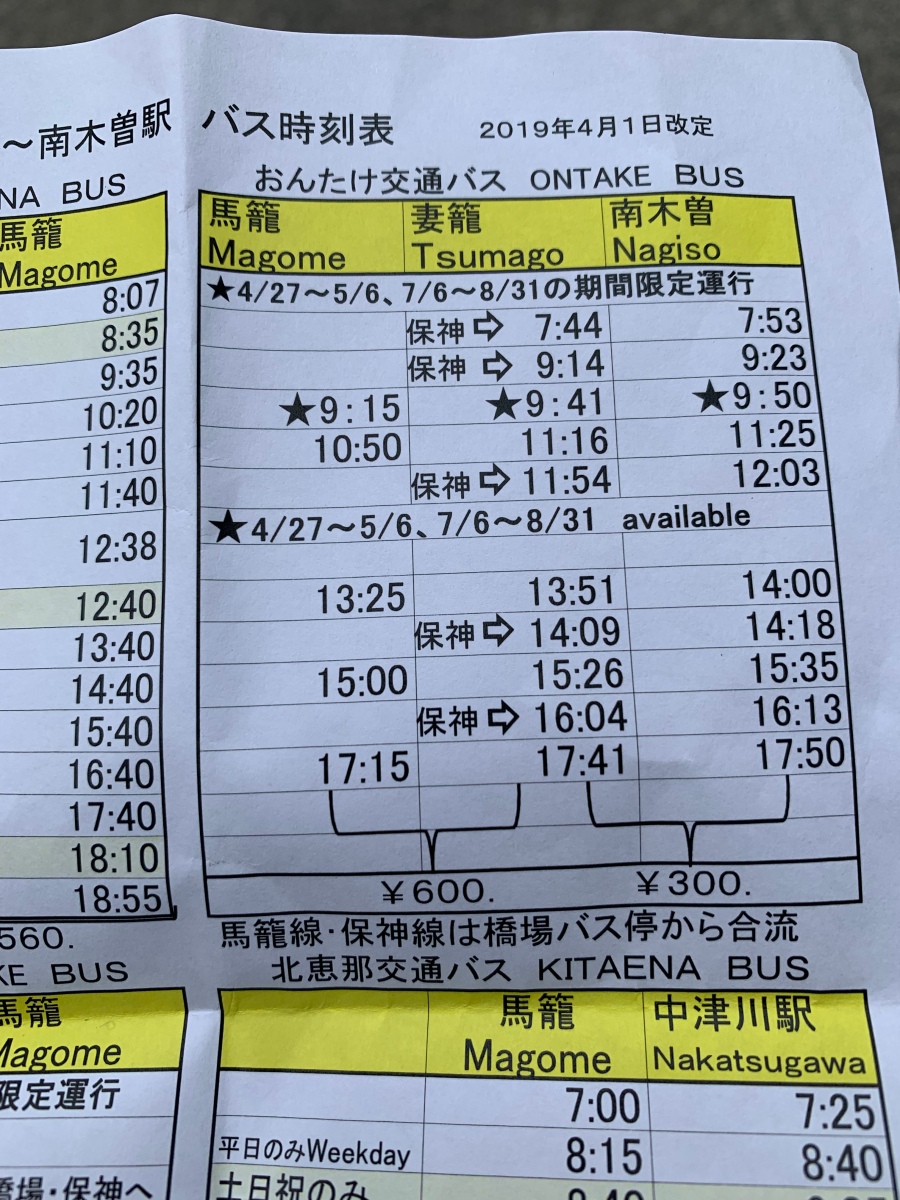