Sharon’s birthday today, so we had pre-booked lunch at the Hind’s Head in Bray, just west of London, not that far from Heathrow and Windsor castle. We had open offpeak tickets so we didn’t have to get any particular train, but had planned to get the 10.54am. We were there early and managed to get the 10.27, but only just as the platform seemed miles away from the main concourse and it took us a while to find it.

Interestingly enough, Great Western Railways don’t run electric trains on these lines, even though a lot of the line is electrified. Train was a rather ancient diesel electric with no aircon, ie, nothing “great” about it. Positively ancient compared to the fantastic Virgin train to Manchester.

Once in Maidenhead we just took a taxi to the small town of Bray, that cost £10. The village is very small, but quite a lot of traffic with three of Heston’s restaurants here. Since we had over an hour before we were due at the Hind’s Head for lunch we called in at Heston’s other pub, the Crown. We sat outside on a really nice lounge under a huge Oak tree drinking cocktails.

We moved to the Hind’s Head after doing the tourist thing and taking lots of photos outside the Fat Duck restaurant (tried to get a booking there but it was all booked months in advance – my wallet probably thanked me as well!)

Drinks again before lunch upstairs just soaking in the atmosphere of the old building and the old but exquisite furnishings. Pity it was extremely hot outside for the UK, 30c, this place really needed to cooler for the atmosphere).

Lunch was phenomenal, I had the 3 course menu and Sharon had the 4 course, so we really got to sample 7 different Heaston dishes. The entire meal with drinks was £144, considering the quality of the food it was excellent.

We took another cab back to Maidenhead station, then train back to Paddington. We then hopped on the tube to Covent Garden where I popped in to look at the London transport museum. 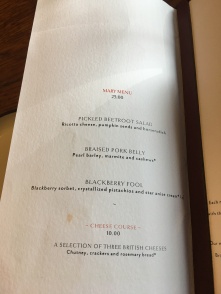 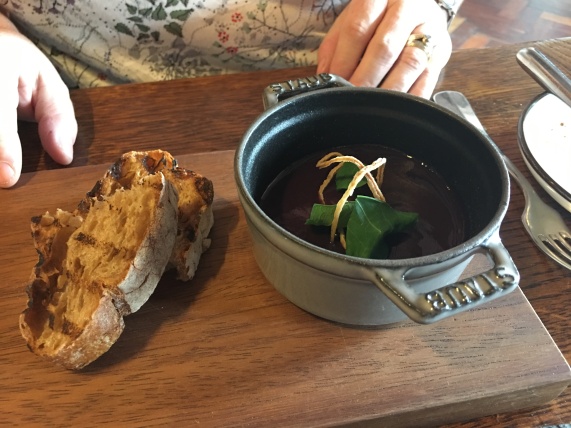 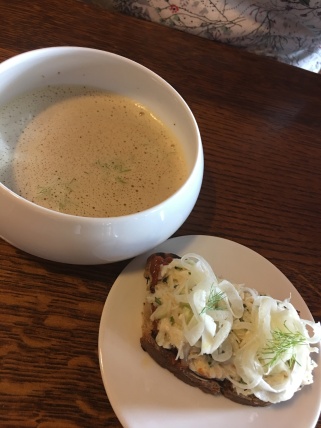 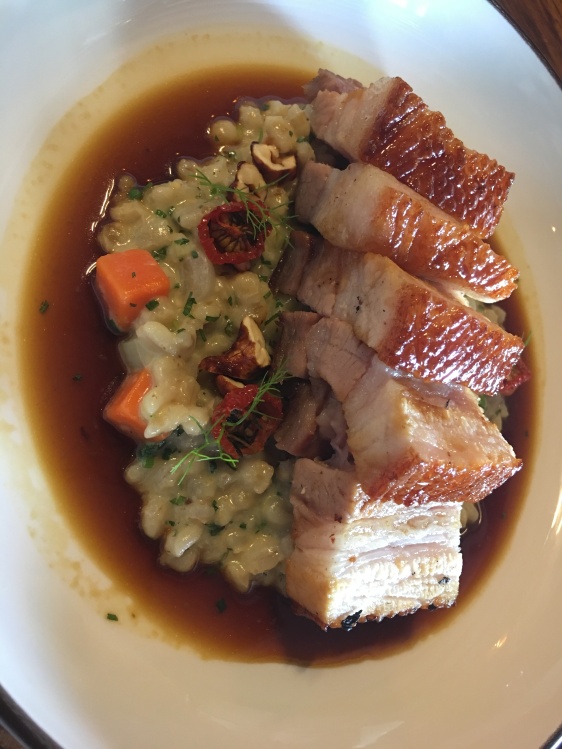 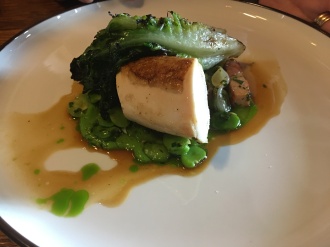 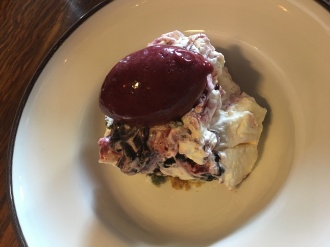 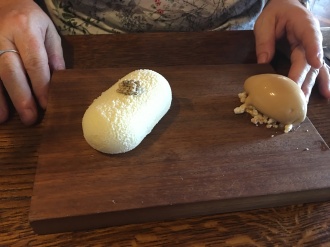 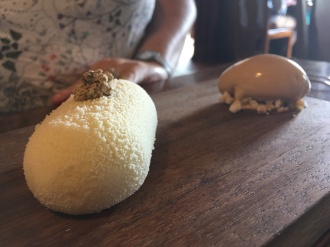 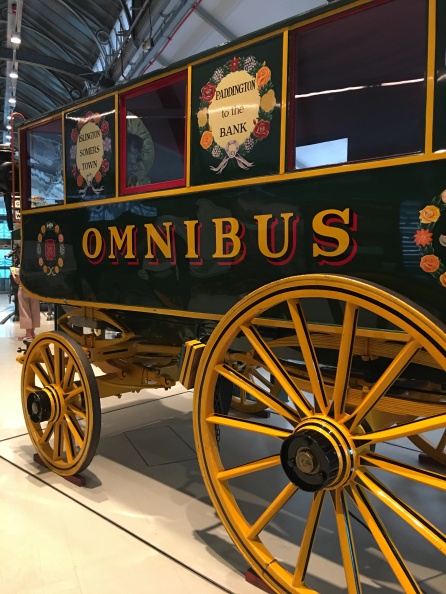 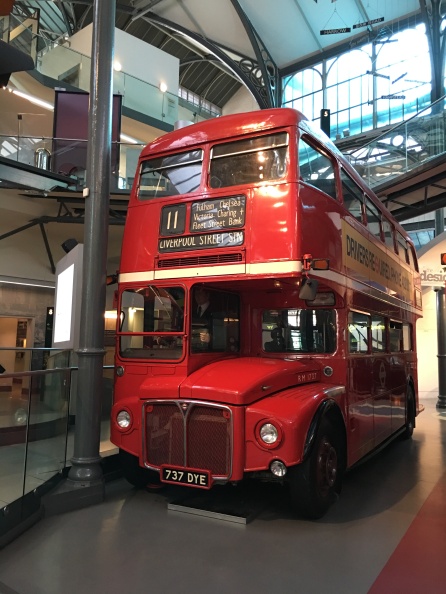