Sharon covered so much with the food tour she was booked on. It deserved its own complete blog entry.  I asked Sharon if she would write a blurb on the highlights of the tour, so here it is :-

Today I went on a food tour of the Marais district in the 4th Arrondissement. This is one of the things I have most been looking forward to on this trip, especially after hearing from both Dad and Scott how fantastic their tours were. It definitely lived up to expectations!

Met the guide, Christophe, just outside Temple station, named after the Knights Templars. First tasty morsel was consumed- little cabbages (the English translation). Little puffs of choux pastry with sugar- light as a feather and absolutely delicious! On to our first stop- coffee and croissant for breakfast! Discovered that the French can make coffee!! Definitely had my doubts on that after our first trip! Lots of interesting little snippets of information- always look for straight croissants, as these are the ones made with butter. The curved croissants have margarine instead.

Next stop was the boulangerie for that staple of every French household- baguette! Baguettes are an authentic Parisian recipe, and are even called parisians in other parts of the country.

On to a fresh produce market – Le Marche des Enfants Rouge (named after orphans from the orphanage originally on the site) for cheese and wine tasting. The market is the oldest in Paris – 400 years, and still operating on the same site today! We tried 4 different cheeses – Brebis Basque, a soft and creamy sheep’s milk from the Basque Country north of Spain. They can only use the milk of one particular variety of sheep to make this cheese. Just beautiful! Next a goat’s cheese with raisins- very sweet and often served with pineapple?!

Not convinced on that combination! The 3rd cheese was one of the greats of France – Comté. This cheese has been made since the Middle Ages, and had an intense flavour. All perfectly paired with the Loire valley Sauvignon we were drinking with it.

On to the red wine cheeses next. What tasting would be complete without Rocquefort! It is one of those cheeses that you either love or hate- I’m definitely in the former camp!! Intense, creamy and a taste sensation. Paired this with a Cotes du Rhone Syrah Grenache. Grape varieties that we certainly have in Australia, but completely foreign to the Americans on the tour. Makes you realise how lucky we are in the variety of food and drink available to us. Last cheese was a “ super Brie” ( triple cream with a layer of truffle). Gorgeous!! To “change the palate”, little pieces of chocolate eclair. In France, whatever is on the top of the eclair will also be the filling eg chocolate and chocolate or coffee and coffee. No chocolate icing and vanilla custard here! Christophe was absolutely horrified at the thought!

Wandered the streets of Marais a bit more and went past the Picasso museum. Our guide was also an an architect, so the tour was a mixture of food and architecture. Next stop was a brasserie for saucisson ( 2 varieties), pate, cornichons and croque monsieur with cold beer. Definitely welcome, as the beautiful summer weather is still continuing here in Paris. Croque monsieur is like the best ham and cheese toastie you’ve ever tasted- absolutely divine! Moved on to the Pletzl (Yiddish for little square) which is the Jewish neighbourhood of the Marais.

It was “secret food” time! Falafel with tahini! Again, absolutely delicious. There were queues down the street at several of the falafel stores (especially the one which is Lenny Kravitz’s favourite!). Here falafel (and in New York according to the Manhattanites on the tour) is very much considered to be a Jewish food. Very different to home and the local Turkish or Lebanese takeaway. Again, totally spoilt for food in Australia. The falafel was excellent with a beautiful tahini dressing, but have probably had equally good in Australia.

Last stops and it’s time for dessert! First macarons (how can you have a foodie experience in Paris without them!) and then chocolate. To Damyel for macarons – light, crunchy shell and oozing ganache inside. My choices were coconut and lemon, but it was a hard decision- so many delicious flavours. Our final stop was Maison George Larnicol, an absolutely exquisite chocolate shop. Our apartment in Montmartre 2 years ago was across the street from the flagship store, so I knew that this was going to be very special. The scent of chocolate is overpowering when you walk in the door, but in a good way! Truffles, squares, little eggs of all sorts of flavours, and the most exquisite creations in chocolate. They didn’t have the massive sculptures of the Montmartre shop, so I think another visit there might be in order!

Sadly the tour then came to an end. 3 1/2 hours of total absorption in food! One of the best experiences of this trip, and one I would definitely recommend to any one coming to Paris. In the words of Miss Julia Child “Bon appetit”! 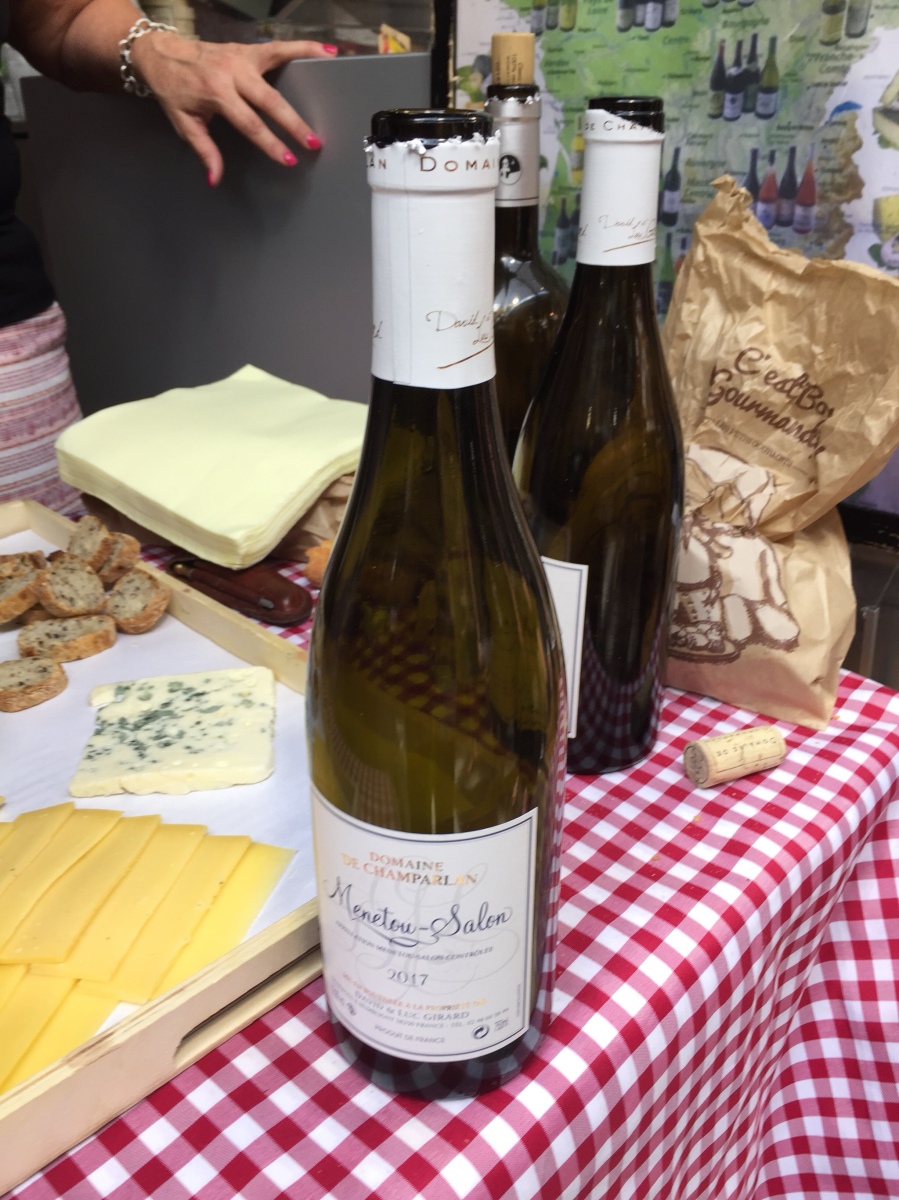 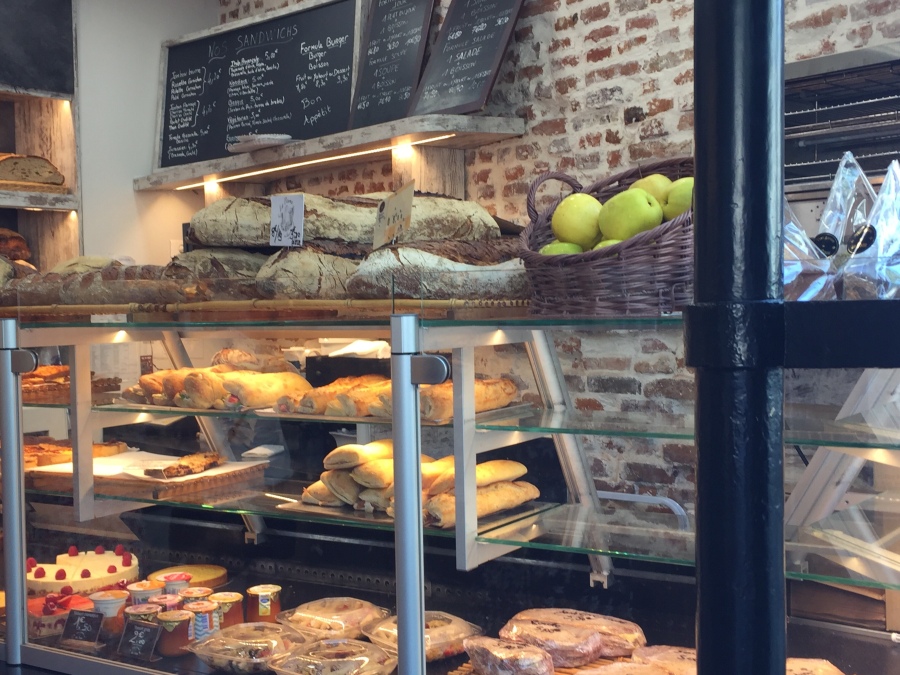