Hampton Court was very high on Sharon’s to-do list for London, and now having been there I can see why. The place is fantastic. It is only about 20km out of London, and is easy to get to on the South West trains that leave from Waterloo Station. In many ways it is similar to to the Palace of Versailles in Paris, although not quite as opulent.

So much British history played out here, if you are interested in the history around Henry the 8th, then you should absolutely visit here. The two main sections of interest where we spent most of our time were the kitchens of Henry the 8th, and his apartments.

The kitchen display is amazing, they even have a fire going on display roasting some meats. The most interesting tidbit of information on the whole functioning of the Royal Court is that they consumed so much food on a daily basis, that the Court had to keep moving around the country as they would soon exhaust all the local supplies. Since this was a time before modern transport, storage and refrigeration, the people had to follow the food. Essentially they were a huge plague of locusts moving around England.

The way food was stored and moved around was really though out, the storage area were designed so as not to allow any sunlight in the corridors and the rooms would remain cool at all times. Even on this hot 32c day this section of the palace was ver pleasant. Although a few hundred years ago when it would have been full of raw fish, maybe not.

After checking out the kitchens we moved onto the Royal apartments, with some great tapestries and stained glass windows. Grabbed a few sandwiches in one of the cafes for lunch then spent a little bit of time in the gardens and looking at the maze made out of hedges before our trip back to London. For the trip back we chose to go back by boat along the Thames. 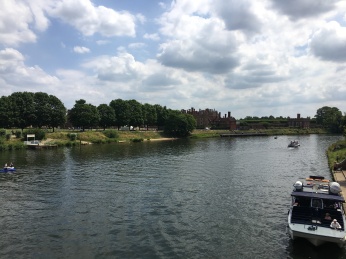 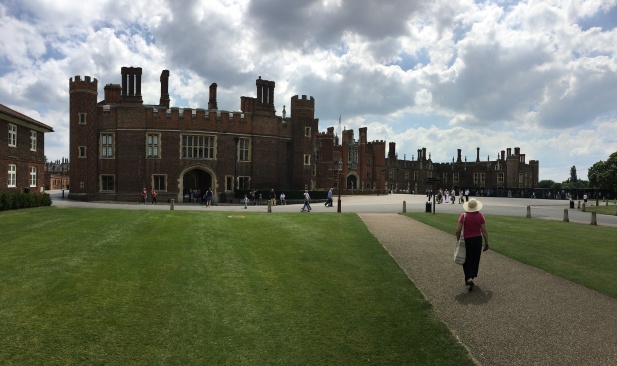 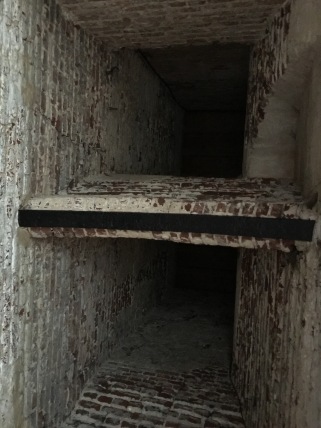 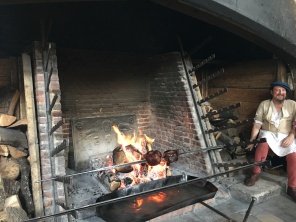 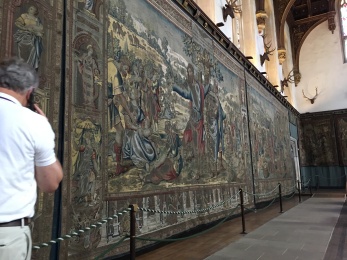 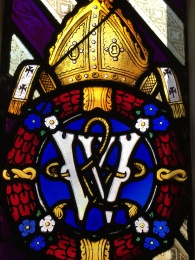 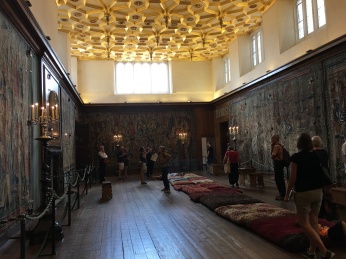 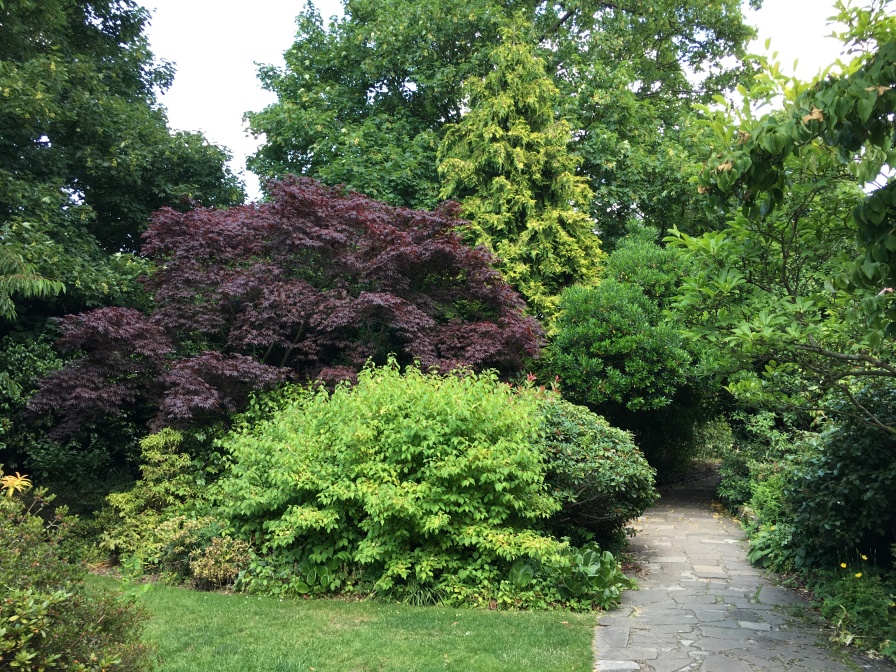