Monday was another busy day for us, it started cool, but soon heated up to over 30c again. First stop for us was Canary Wharf where we caught up with a friend I worked with years ago. Had a great coffee and chat with him before heading off to the Museum of London, Docklands.

This is a great museum, with free entry. It has a specific display on the history of the docks and how central they were to the success of London as a global city and world power. They also had an exhibition on the archeology performed on the new cross city rail tunnel which will start to open in 2018. The city has been here since before Roman times in some form or another, so they have found lots of interesting stuff. There is also a display on the history of sugar and slavery and the part London played in that ugly part of history of the colonisation of the United States.

Before heading out we grabbed another coffee, which for machine made was not too bad. We then took the DLR (Docklands Light Rail) down to Island Garden station, where we got off and took the foot tunnel under the Thames to Greenwich. I noticed the dome above the entry last year but didn’t recognise what it was. It does look strangely like some sort of public lavatory, and I’m obviously not the first person to think this, as it does have that public toilet wee smell about it on first going through the door.

The tunnel is basically just a very large pipe that was put at the bottom of the Thames and tiled. Fascinating piece of 19th century infrastructure still in use. It classified as a public highway so its alway open. As it has the Thames flowing over it, its very cool inside, when we entered it was 30c outside and I’d guess the temp was less than 20. Very nice walk with such a cool change.

We walked up to the National Nautical museum (another free one) where we spent a bit of time, Stand out item is probably turners painting of the Battle of Trafalgar which has its own seperate room. The museum also has a great display on the East India Company with all the money it managed to make with its monopoly on trade and the evils it got up to. After looking around here we grabbed some lunch from the pub across the road.

In the afternoon, I went down to the Imperial War Museum for about an hour and had a look at the Holocaust exhibition they have, whilst Sharon headed into the city for a bit of shopping. Dinner for tonight was at the pub just down on the corner from where we are staying. 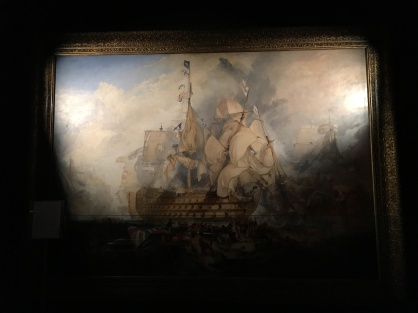 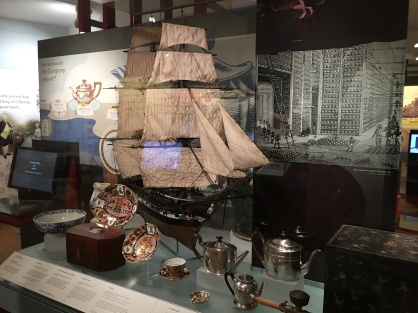 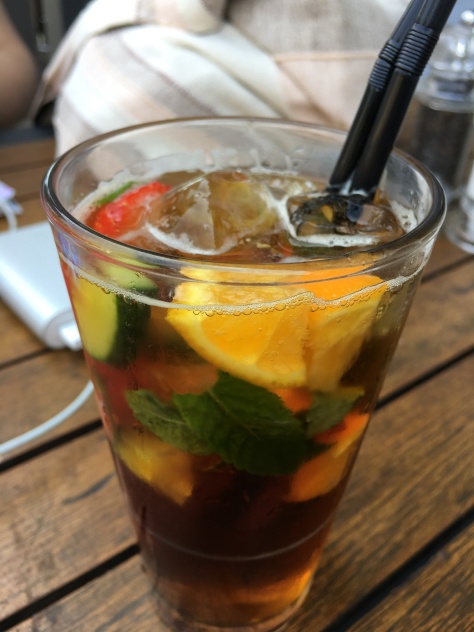