Last night I did one of the London Transports “hidden London” tours where they take small groups of people through disused parts of London’s tube network. I’d been very very lucky to score a ticket to see Down St station.

This one is the most popular one they run since the station played an integral role in the running of the train network during WW2 and Winston Churchill used it as a safe bunker during part of the blitz.

I’d been chatting to my mate John about the rail train I’d done last year over a coffee and he mentioned that Transport for London sometimes run these tours. Sure enough that night he received an email from TfL about upcoming tours and sure enough they lined up with the dates I was going to be in London, so I quickly booked one. They vary in price, and this one is the most expensive. It was £90, however for the history geek / train spotter etc it’s worth every penny. It also includes free entry into the London Transport museum in Covent Garden.

You meet the tour inside the lobby of 10 Brick St. I expected to be waiting outside a fire escape or something but it’s a nice lobby in a serviced office building with chairs and toilets etc.

Spot on time we were greeted and taken to a conference room and told a bit about the team, the history and the rules of the tour. You are going into a working train line, it’s not dangerous but you need to know what the escape plan is if there is an issue and how to use the torches they lend you. When a train passes you have to switch it off. Being on a train platform with trains thundering past in pitch darkness is an experience in its own right.

One of the escape plans should anything untoward happen is they flag down a train passing on the Piccadilly line and you escape on that. At this point I think everyone was wishing there was an issue so we could all do that.

You learn about why the station fell into disuse. Essentially it’s in a wealthy area where few people wanted to use the tube in the early 20th century, the entry was was hidden on a side street (Down St), it took a while to enter and exit due to the long tunnel and there are other stations at the ends of Hyde park. It had the odds stacked against it. Ironic that it’s now one of TfLs most prized tourist destinations. It’s also used for tube line ventilation, there is working singalong equipment and other engineering equipment there, so even though it’s not used for passengers it plays an important role in the tube network.

You will need to descend and climb about 120 step during the tour.

The old station entrance. The tour starts and ends here, but the meet and greet happens in an office building around the corner.

stairs with the old two man lift shaft in the middle. This picture is taken looking up.

Old signage in the station 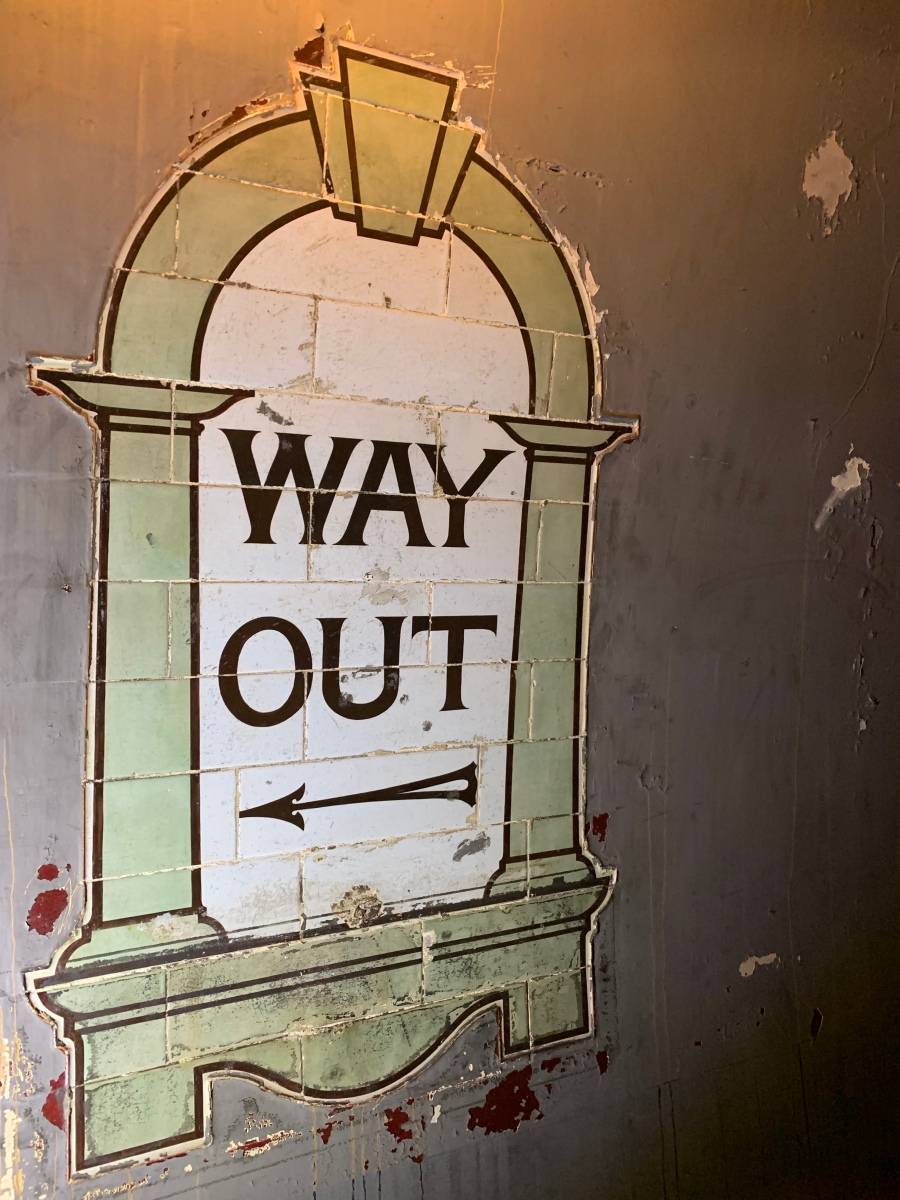 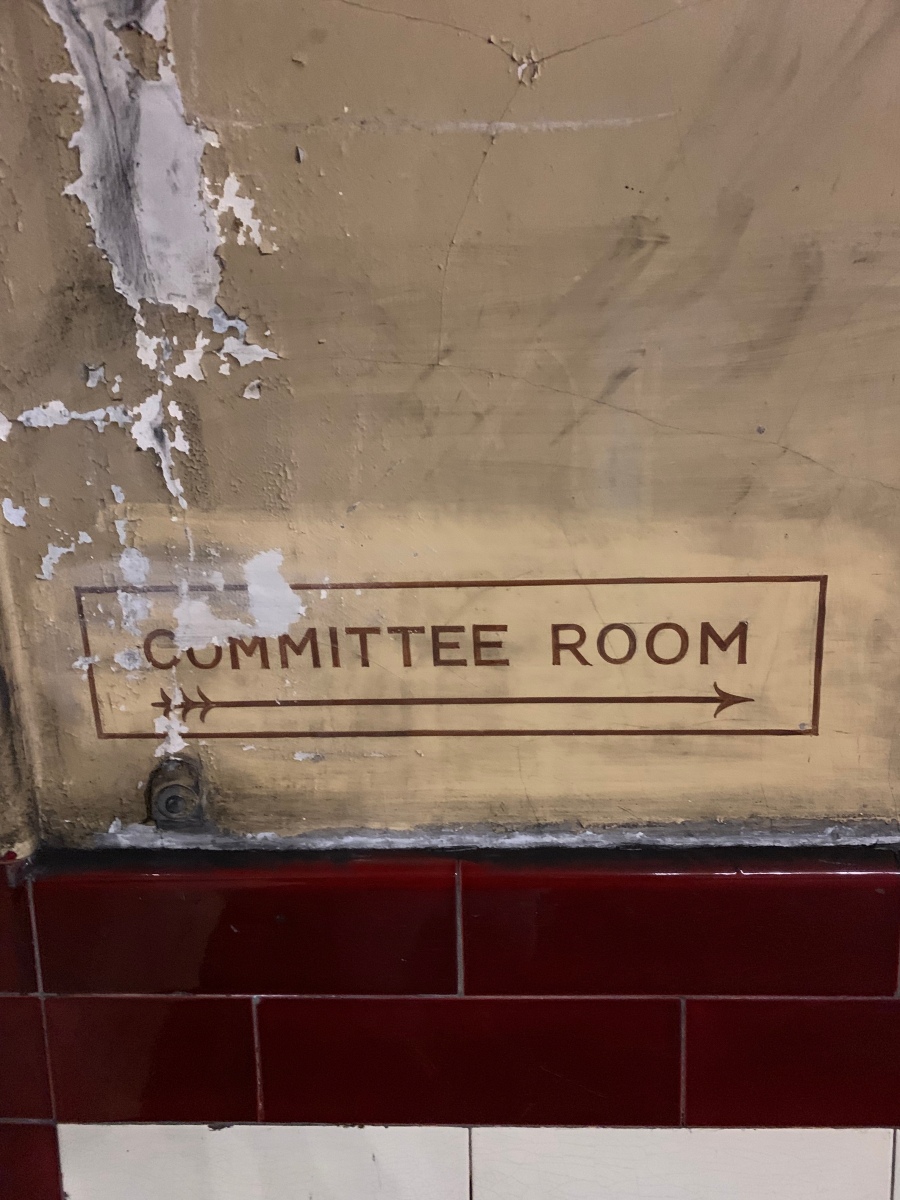 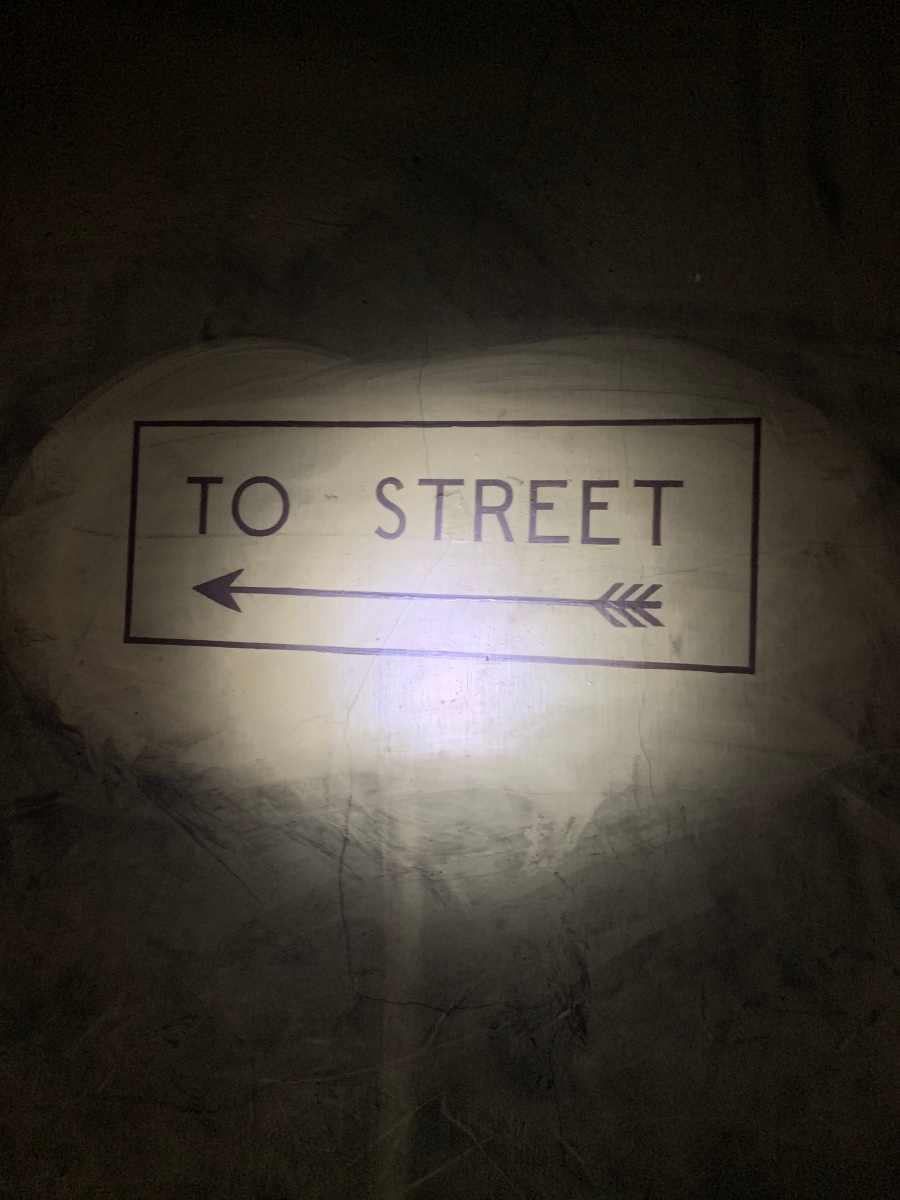 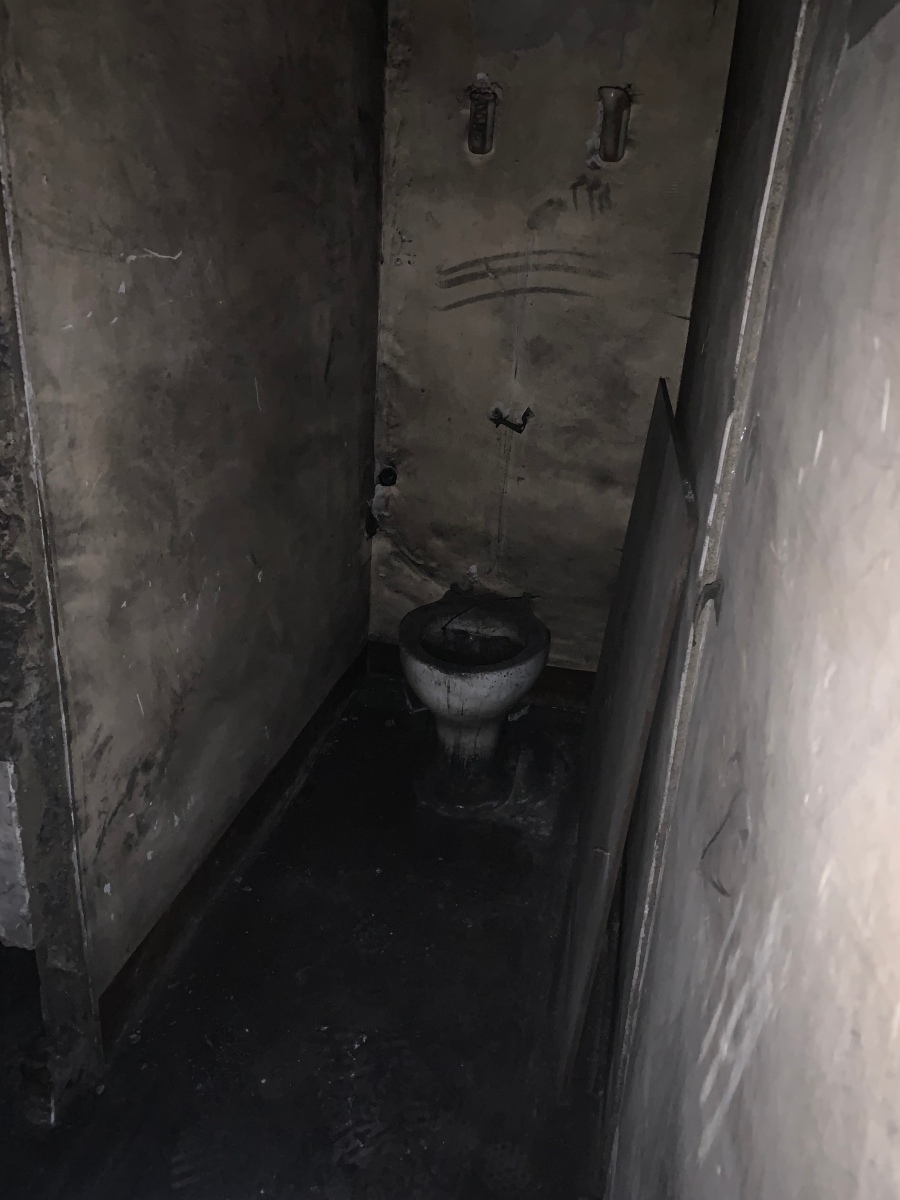 We were well below the sewer line. They had special equipment installed to pump out the sewage 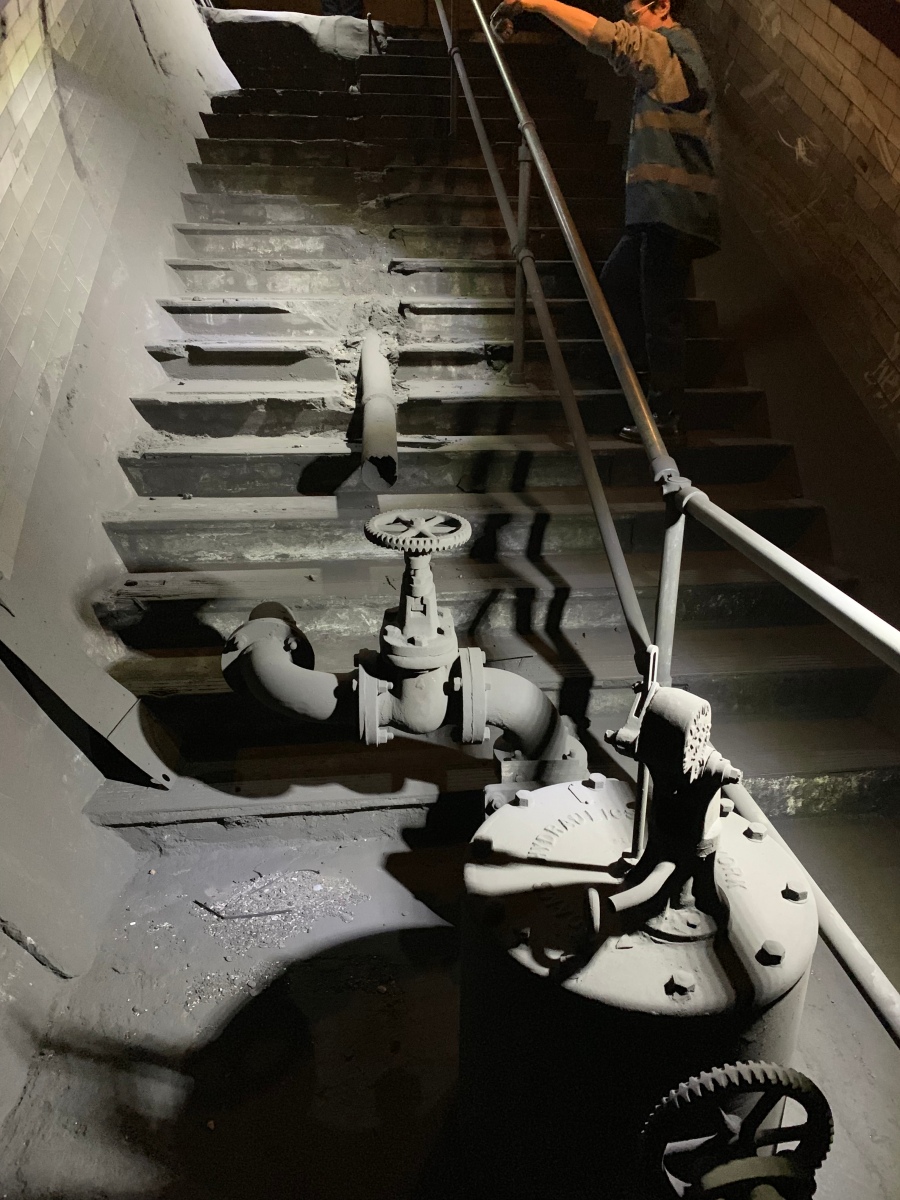 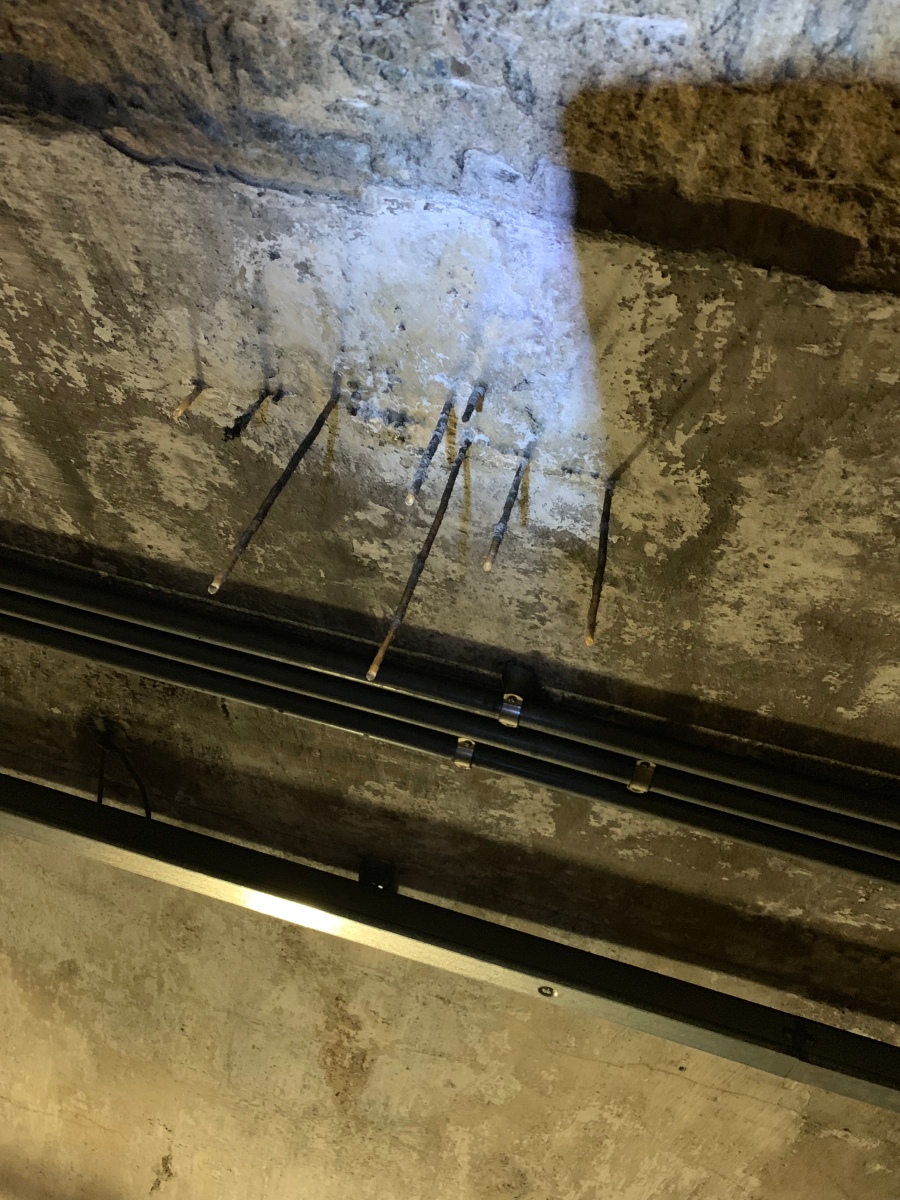 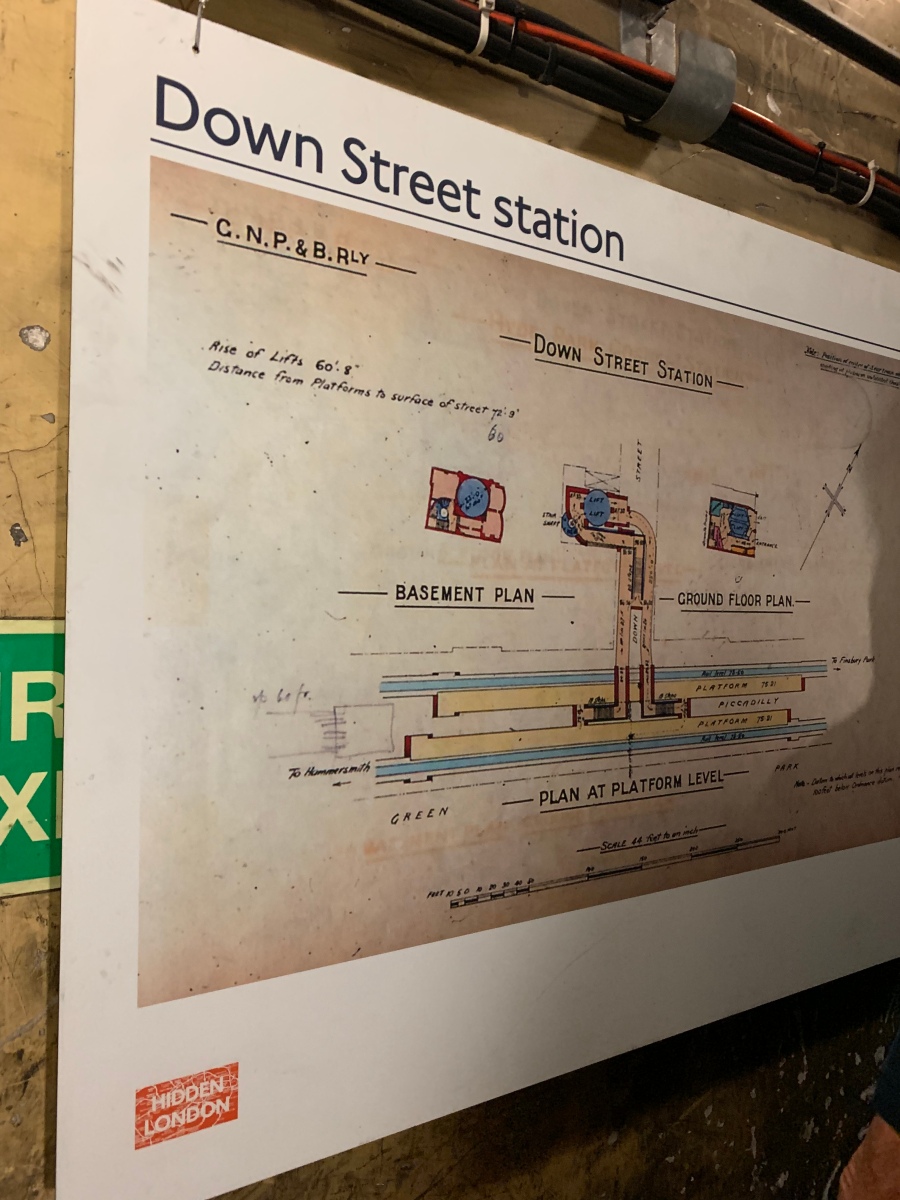 At the end of the tour you get a fantastic booklet all about the station and the tour.

I had booked myself on a cycle tour of London whilst Sharon & Emma were going to see the Harry Potter theatre plays. I was worried this morning I wouldn’t be able to do the bike tour due to the rain that has descended on London, but it turned out fine and didn’t rain at all whilst we were riding.

It was a royal tour so got to see all the royal households and parks around London, learn more about the history of them and the antics of some of the current and past inhabitants. The parks are beautiful to cycle through and the tour didn’t spend much time at all on the road. It turned out to be relatively small tour with only 4 of us plus the guide.

we cycled past the Australian war memorial 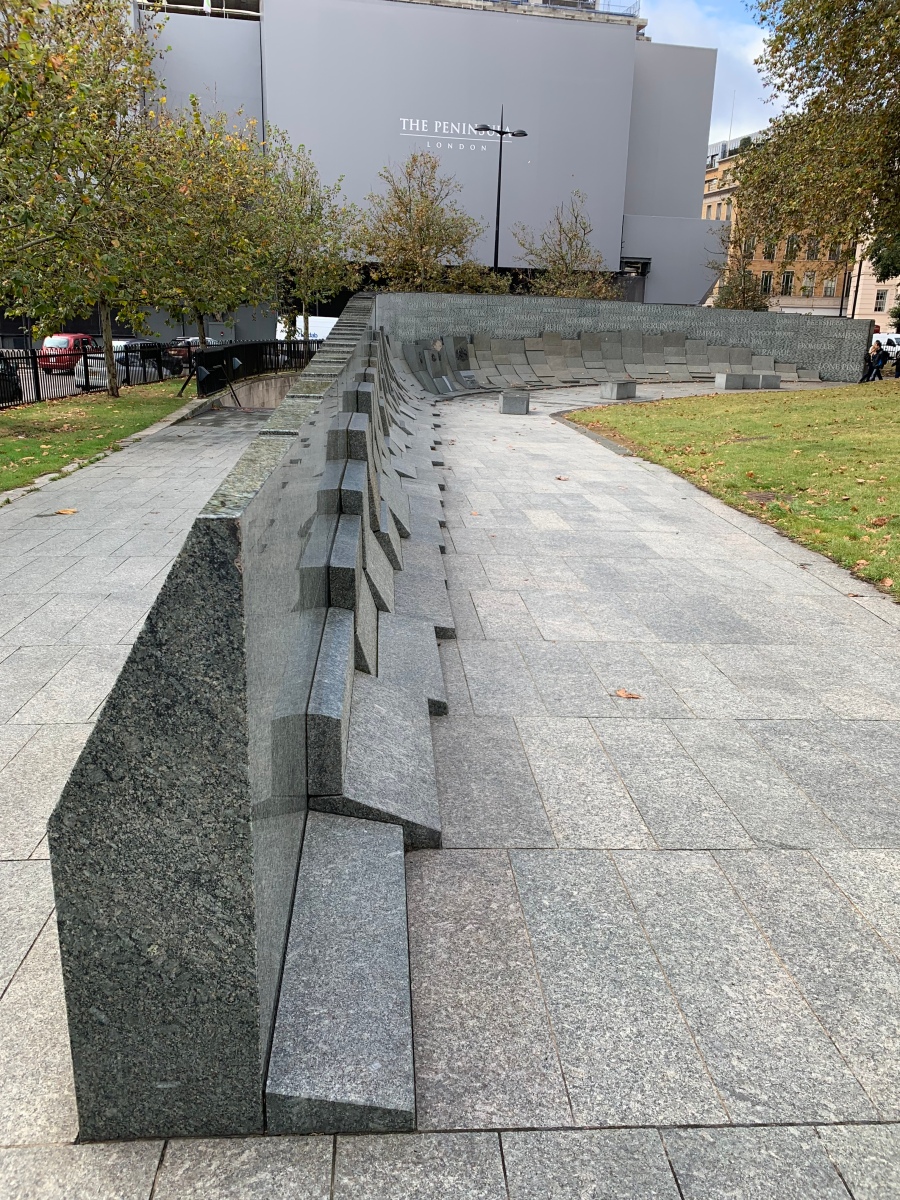 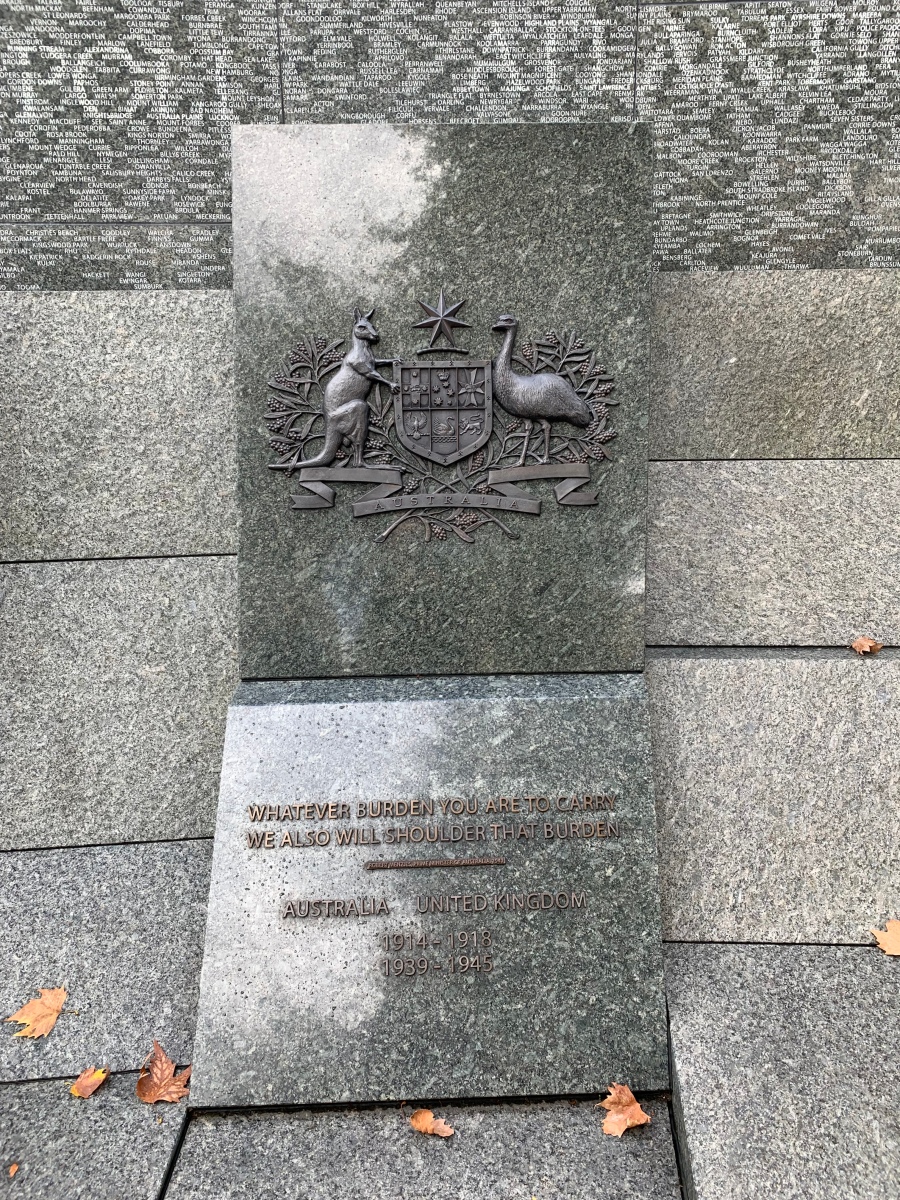 My next tour wasn’t until 6:20pm so I had a few hours to kill. I’d read online that the government had finally replaced the historic pump monument on Broadwick St (it had been taken out a few years ago for street repair). A quick google indicated it was a 10 minute tube ride away, so off i went. I got there and was super disappointed to find it wasn’t back in its place where I expected it would be.

Decided to head across the road and visit the John Snow pub and drown my sorrows with a few G&Ts. I couldn’t believe such an important part of London’s history and the history of investigative science was being ignored.

Ordered a G&T and started chatting to the bartender about the history and the fact the pump was gone and he pointed out it was actually there, but not in the place it had been, it was just outside the pub on the left. This is actually much closer to the historical location where the pump had been in the 19th century.

Thankfully it’s there and John Snow can rest is peace. It’s one of my most treasured history / science stories. At the time no one wanted to believe him that the water from this pump was polluted, but the evidence was irrefutable after he drew his historic map. It was after this that people started to realise placing cesspools near drinking wells was not a fantastic idea.

the red marker where the original pump stood

Here I am signing the guest book. Mention John Snow when you are ordering a drink and they will ask if you wish to sign the book.

If you are into history, throughout London you will see these blue plaques on the outside of houses where famous people in history lived. 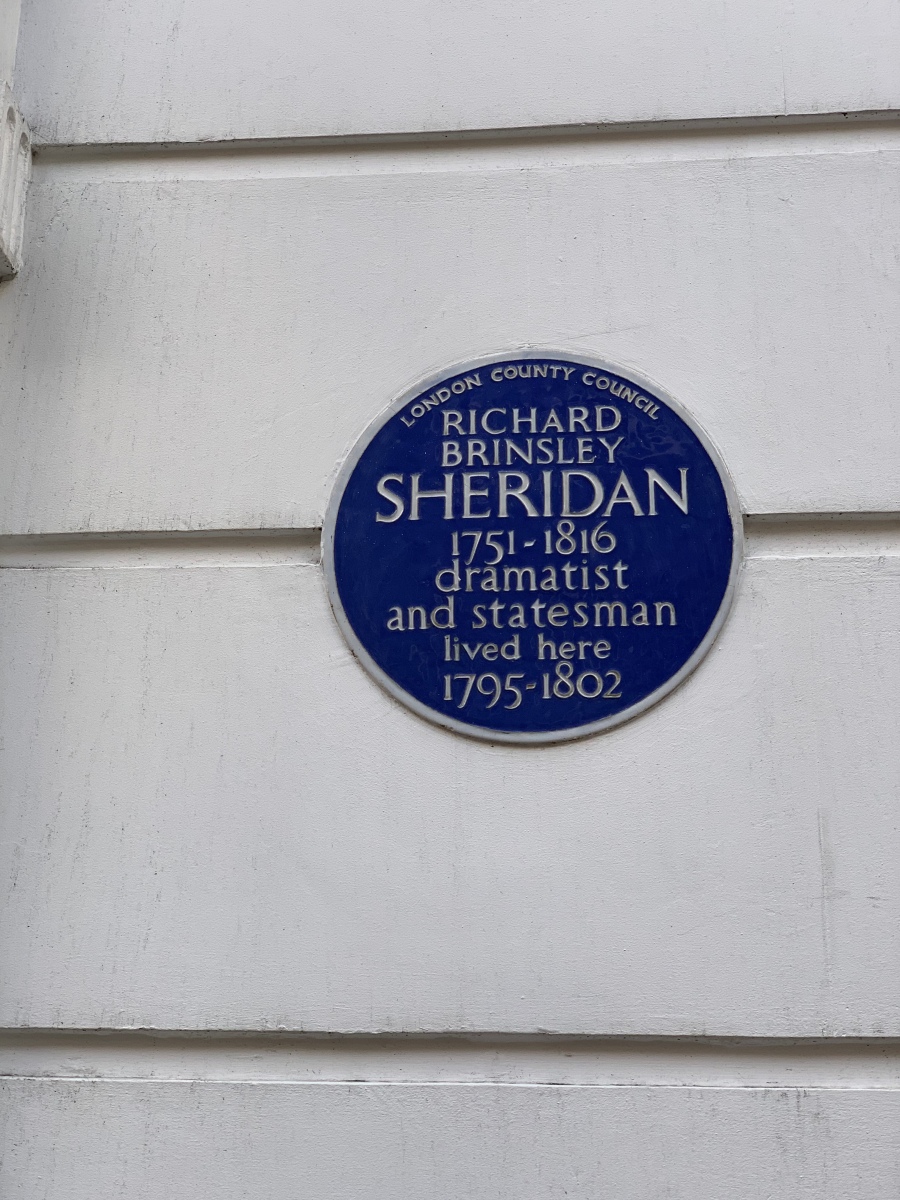